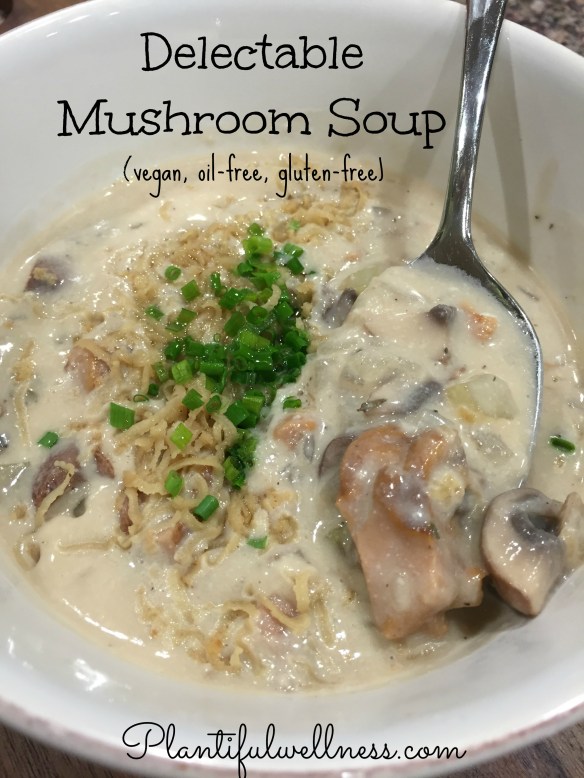 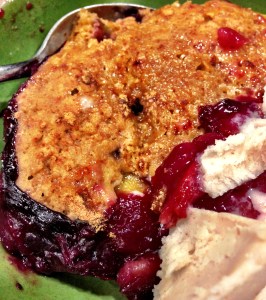 A fruit cobbler is one of my favorite desserts.  I take it or apple pie over something chocolatey any day! We were having company and I wanted a dessert that would be nice for a chilly evening, and that incorporated seasonal fruit.  Most fruit crisps are loaded with fat and lots of sugar, but not this one! The only fat is naturally occurring in the oat flour.  No added oils or butter.  I used peaches, mango and blueberries and they tasted wonderful together, all warm and saucy.  For an extra special treat, serve warm with non-dairy ice cream.  🙂

I needed to make a dessert for company recently and I knew I wanted something sort of summery, but warm since evenings are still cool here.  Wasn’t in the mood for cake, pie or the Chocolate-Banana Muffin Cakes I always make.  I decided a peach crisp was definitely in order since peaches are abundant and delicious right now.  Unfortunately, most recipes for any kind of crisp are laden with sugar and butter. This version does contain some Earth Balance, so it’s best for special occasions, but it’s definitely less fattening than standard recipes – and every bit as good!