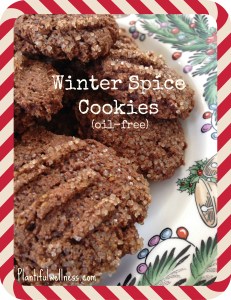 These cookies have the flavor of a gingersnap, and the texture similar to a molasses chew.  Usually I make things a few times after I create them before posting the recipe but not this time.  I’m just that eager to share.

I’ve been asked several times lately if whole wheat flour can be used in place of oat flour in my recipes similar to this one.  My answer is yes, however I’d use whole wheat pastry flour since it’s finer than regular whole wheat, which may be too coarse.  Using all whole wheat in this recipe, as opposed to half oat and half wheat, would probably result in a less dense cookie, which may or may not be your thing.  Personally, I’m all about dense.  As I’ve mentioned before, light and airy makes me feel like I ate just that – AIR!  The reason I use oat flour in so many recipes is not because I have anything against wheat.  I don’t.  It’s just that wheat is everywhere, in so many forms.  I just like to sub other types of flour, and stay away from wheat when easily doable so that I’m eating more variety, and not so much wheat. As well, many people eat gluten-free diets so I try to incorporate as many suitable recipes as I can into my repertoire.

One more thing.  The batter for these babies is SO good.  I may or may not have eaten an entire cookie’s worth of batter.  🙂

This recipe for baked tofu is one of the first things I made when we switched to a plant-based diet.  I found the recipe in Dreena Burton’s Eat, Drink & Be Vegan, which has great recipes.  I made a few adjustments but Dreena gets all the credit for the dish.

I created these muffins using the nervous energy I had yesterday, election day.  I find elections, and politics in general, very stressful!   Creating recipes and cooking is therapeutic for me.  Combine that with the fact that I LOVE gingerbread, and you have these moist, delicious muffins.

UPDATE 11/11/12: I made these again but added a little holiday twist this time around.  I sprinkled crushed peppermint candy on top before placing muffins in the oven.  The combination of peppermint and gingerbread was a real treat! 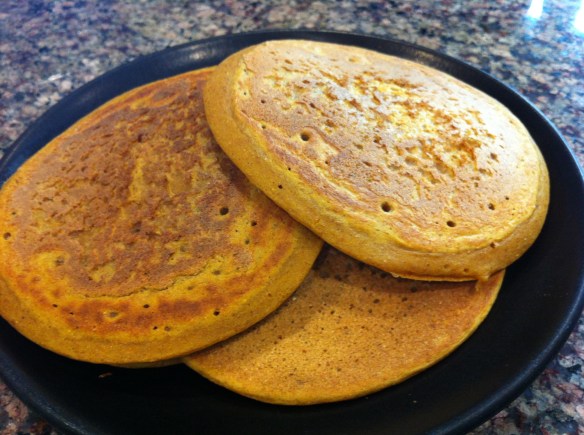